Unpacking our souvenirs from Florida left me longing for languid summer days, sipping on drinks adorned with flamingo swizzle sticks… …reliving memories through a painting of the Atlantic… …and wearing the white aviators I picked up in Palm Beach.

Our vacation to Fort Lauderdale was everything I hoped it would be: lounging in the sun, exploring nearby cities and enjoying oceanside cocktails. While there are still bags to unpack and photos to upload, I couldn’t wait to share a few snapshots from the trip.

This afternoon, we head to Chicago in anticipation of tomorrow’s flight to Fort Lauderdale. I’m looking forward to oceanside mornings and afternoons exploring … and absolutely no computer. Although, I’m sure I’ll be on Instagram.

See you next week! 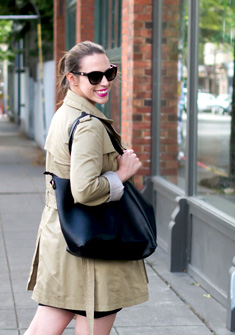 Spring is around the corner and it’s time to source patio furniture, like this attractive woven chair.

Make sure this account has posts available on instagram.com.